Focus areas in the program of study include: neural disease, synaptic transmission, developmental neurobiology and regeneration, vision, computational and systems neuroscience, and neuropharmacology.

The research interests of the program cover the entire range of neuroscience, including the regulation of neural development, neuronal plasticity, control of neurotransmitter synthesis and release, learning, the response of neurons and neural tissue to injury, the regulation of gene expression, endocrine function, circuit development, vision and other sensory systems, information processing and behavior.

The basic science of developmental neurobiology explores the elementary processes by which the brain forms (morphogenesis), structure is established (histogenesis), neuronal and glial subtypes are specified from progenitors, connections are established and operates. Discoveries about the way that neurons form and communicate make this field one of the most promising routes toward increasing our understanding of the brain and mind. Genetics research in neurology and psychiatry is an exciting, rapidly advancing field that looks at the etiology of disease, as well as works to identify genetic predictors of disease, likely responses to available treatment and avenues to new therapies. Studies of epigenetic effects are opening a new perspective on "nature versus nurture" issues in brain development at the molecular level.

Development and function of the nervous system as a unifying theme of the Neuroscience program is reflected in the work at The Sackler Institute for Developmental Psychobiology. This institute is engaged in research on typical and atypical brain development. A primary objective is to use new techniques to study developing children in order to transform clinical methods. The Institute's program of research and training emphasizes functional neuroimaging, and genetic and behavioral influences on cognitive and emotional development. The Institute is both wide ranging and influential in its technical approaches to the study of children. It has become one of the best research centers in the world for the neurocognitive study of children.

Many members of the program have a special interest in questions that are particularly relevant to human disease, and their research has important implications for topics such as stem cell therapeutics, the regulation of pain, neurodegenerative diseases such as Alzheimer's and Parkinson's disease, neural tumors, stroke, addiction, aging, brain malformations, epilepsy, autism and neuropsychiatric illnesses.

The course of study, which includes course work, seminars, laboratory rotations and thesis research, is individualized. Students are expected to work closely with members of the faculty whose research approach complements their own interests. Regularly scheduled seminars, where work in progress is presented and discussed, afford students the broadest possible view of the neurosciences and are an important component of their graduate training.

Laboratory rotations allow students to experience research first hand and to acquaint themselves with the program's research faculty. Students are expected to complete at least three rotations of three months each, but may complete additional rotations, before choosing a thesis advisor (major sponsor).

Prior to July 1st of year two, students must successfully complete the ACE (Admission to Candidacy Examination). The ACE is designed to test the student's general knowledge of neuroscience and also includes preparation of an original written research proposal. In consultation with the thesis advisor, and with the consent of the director of the program, the student chooses an ACE topic and committee. The ACE topic should not be a part of the thesis. The committee should consist of 3-4 examiners, including a designated chair from the neuroscience graduate faculty, the student's thesis advisor and two grad faculty with expertise in the topic. With submission of the ACE the student should submit a one page thesis proposal.

Thesis research is completed usually within four to six years from enrollment in the program, under the direction of the student's major faculty sponsor. The Special Committee advises the student in his or her research, meeting at least annually with the student to monitor progress and to oversee development of the thesis. During this time the student continues to participate in the other educational programs offered by the graduate program but works full time in the laboratory. Annual special committee meetings are mandatory.

Upon completion of the thesis, the student prepares the work for publication, presents it to the University in an open seminar, and defends the validity of the work before the Special Committee and the members of the program. The culmination of the student's successful progression through the program is the final examination (the "defense") and certification by the Special Committee that the thesis represents an official piece of research satisfying the requirements of the Graduate School for the PhD degree. 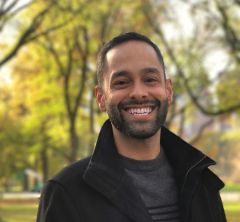 I’m a firm believer that in order to excel in something, you must be passionate about it. Combining my passion for science with the drive to help others motivated me to enroll in a Ph.D. program at Weill Cornell. 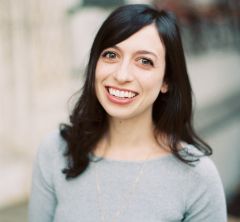 I chose Weill Cornell for my graduate studies because not only was the research high level and cutting edge, but the community was collaborative and engaging. 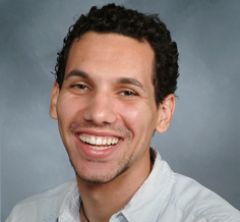 "Faculty members are approachable and supportive. I feel comfortable dropping by their lab to ask for advice, lab-related or not."