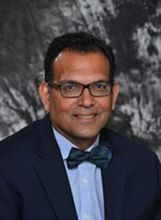 The central focus of the Ratan laboratory is to understand adaptive programs (post-transcriptional and transcriptional) that facilitate the brain’s ability to combat injury and to foster repair. While the main focus of the lab is stroke (ischemic and hemorrhagic) and spinal cord injury, our studies span many different diseases including Huntington’s disease, Parkinson’s disease, and Rett Syndrome.

Since its inception in 1994, the laboratory has utilized an in vitro model of oxidative stress to understand the precise mechanisms by which disrupted redox homeostasis leads to death in neurons. This simple model system, which harnesses the experimental leverage of primary neurons in cell culture, has spawned a large number of exciting projects in the lab and projects targeted by progeny of the lab. While stress is primarily sensed in most cells including neurons in the cytoplasm, the major attention of the lab has been on the nucleus.

Our global hypothesis is that disease is a failure of compensation, and better understanding of how the nervous system adapts to injury with a particular focus on epigenetic modulators (HDACs, transglutaminase, MecP2) and transcription factors (Sp1, CREB, HIF-1alpha) as well as enzymes that modulate the stability of these factors (HIF prolyl hydroxylases).