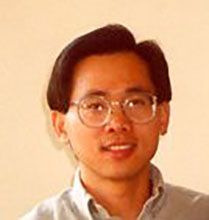 Our research focuses on the molecular mechanisms of several cellular signaling pathways and their physiological functions. Cellular signaling and cell-cell communication allow the multitude of physiological processes in individual cells to proceed in a coordinated fashion to the benefit of the organism. Signaling molecules are often perturbed in diseases and are major targets for drug development. We have mainly been investigating the signaling and regulatory mechanisms of G proteins (both heterotrimeric and small GTPases) and tyrosine kinases. Currently, we are deciphering their physiological functions in cell migration, angiogenesis, cardiovascular diseases, and tumor metastasis. We use a combination of approaches including molecular, cellular, biochemical, genetic, structural and systems biological tools as well as animal models.

Both the small GTPase Rac and the second messenger cGMP are critical regulators of cell functions. However, the mechanism linking these two is not known. Recently we have discovered a new signaling pathway which Rac uses to increase cellular cGMP levels. Our finding provides a general mechanism for diverse receptors to modulate physiological responses through elevating the cellular cGMP levels. We are investigating the molecular mechanisms and physiological functions (both cellular and organ functions such as axon guidance and cardiovascular functions) of this new pathway.

Cell migration underlies many physiological and pathological processes such as embryonic development, wound healing, tissue repair, angiogenesis, vascular remodeling, inflammation, and neuronal out growth. Aberrant migration contributes to pathologies such as atherosclerosis, tumor invasion and metastasis. Angiogenesis is integral to the development of the vascular system in both the embryo and the adult. Angiogenesis also contributes to the pathogenesis of many life-threatening and debilitating diseases including cancers and cardiovascular diseases. The migration of mouse embryonic fibroblasts and endothelial cells are used as models to identify key proteins that regulate cell migration. Current projects include: 1) Molecular mechanism by which G protein G13 plays its general role in cell migration, angiogenesis and in recruitment of bone-marrow-derived stem/progenitor cells mediated by G-protein-coupled receptors (GPCRs) as well as by receptor tyrosine kinases such as VEGF, PDGF, EGF, and bFGF in various physiological processes such as normal blood vessel development, tumor angiogenesis, tumor metastasis and cardiovascular diseases. We intend to gain a rather complete understanding of how G13 controls cell migration and the molecular basis for the developmental angiogenesis defect and embryonic lethality phenotypes in G13 knock-out mice. 2) Role of Ca2+ influx in regulating cell migration and tumor metastasis.

Metastasis is a multi-step process wherein a primary tumor spreads from its initial site to secondary tissues/organs. This metastatic process is selective for cells that succeed in cell migration/invasion, embolization, survival in the circulation, arrest in a distant capillary bed, and extravasation into and multiplication within the organ parenchyma. Failure at any of these steps could block the entire metastatic process. Since tumor spreading is responsible for the majority of deaths of cancer patients, development of therapeutic agents that inhibit tumor metastasis is very desirable. Such agents could be effective in restraining new tumor formation when earlier therapy or surgery has failed or increasing successful containment of solid tumors in combination therapy with other agents. Migrastatin is a macrolide natural product first isolated from a cultured broth of Streptomyces and its structure features a 14-membered macrolactone ring. Recently, we reported that some synthetic migrastatin analogues are potent inhibitors of tumor cell migration. We have also tested two synthetic migrastatin analogues, a core macroketone and a core macrolactam, on inhibiting breast tumor metastasis in a mouse model. We found that these two readily synthesized compounds are potent inhibitors of breast tumor metastasis reducing 91-99% of tumor spreading to the lung. We have further shown that the cellular basis for this effect is the interference of the formation of lamellipodia that, in turn, inhibits migration of tumor cells. We intend to identify the protein target of these migrastatin analogs and study their interactions by X-ray crystallography. We will develop these migrastatin analogs as tools for studying cell migration and related cell biological processes. We also wish to translate these migrastatin analogs into clinical applications for cancer therapy (such as for breast, lung and prostate tumors).

We are pursuing structural studies of the activation mechanism of GPCRs by ligands and of G proteins by GPCRs. Understanding of such basic and fundamental questions will have enormous impact on drug discovery since GPCRs are the largest family of membrane receptors in humans and are the most significant class of drug targets.