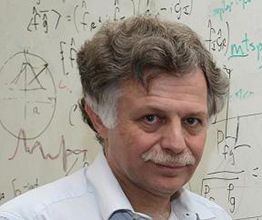 The research interests of the laboratory focus on areas of basic and clinical neuroscience in which combining mathematical, computational, and experimental approaches can lead to significant progress.

Overall, we are interested in the design principles of sensory processing, both in the sensory periphery and in the brain, and how these design principles are implemented in biological hardware. We seek to determine the aspects of sensory information that are represented, the features of the activity of individual neurons and neural populations that support these representations, and realistic models for how these representations are transformed. These questions are addressed in the visual system, via neurophysiologic studies at the single-cell and multineuronal level (with Keith Purpura) and via psychophysical studies (with Mary Conte).

Experimental investigations are complemented by theoretical studies, including (a) the development of approaches to analyze multineuronal activity and (b) strategies for stimulus design that bridge the gap between methods motivated by analytical convenience, such as white noise and sinusoids, and methods based on ethologically relevant stimuli, such as natural scenes.

In many neurologic diseases, including epilepsy and chronic brain injury, alterations in the dynamics of neuronal populations plays a major role in pathogenesis and/or symptomatology. In conjunction with Niko Schiff and colleagues, we are analyzing EEG, functional imaging, and anatomical imaging in brain injury patients to probe these dynamics and their relationship to spontaneous and induced fluctuations in cognitive ability and behavior. Population models of thalamocortical interactions play an important role in shaping the analytical approach. An integral part of the research is the development of dimension-reduction and statistical methods for analysis of multichannel datasets such as the EEG, which contain rich dynamical information, but also nonstationarity, noise, and artifacts with complex statistical structure.

We anticipate that both the investigational methods developed and the insights gained will generalize to many other conditions in which rapid fluctuations in level of function are a prominent feature, such as autism and Alzheimer’s Disease.