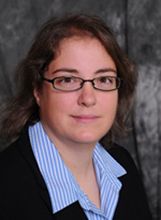 Localized protein synthesis provides a means for the distal processes of a neuron to rapidly and autonomously respond to its environment. Although the capability of dendrites to locally synthesize new proteins has been well studied, it had long been believed that mRNAs and protein translation machinery were actively excluded from axons. The prevailing dogma was that all axonal protein was derived from the cell body and that the axonal compartment was translationally incompetent. The majority of our early work focused on identifying transcripts that could localize into regenerating axons of sensory neurons and thus become available for local translation. These studies lead to the identification of a complex population of axonal mRNAs, hinting at a diversity of functional roles for locally synthesized axonal proteins.

Our more recent work looked to address how axonal protein synthesis could be altered in response to local environmental signals encountered by the axon. We have found that axons alter the transport of specific mRNAs into the axon in response to various axonal stimuli. These studies should significantly advance the field of RNA localization, since we have shown specificity of RNA transport at the levels of individual ligands, signaling pathways and mRNAs. We are currently completing a study that is the first to clearly link the role of a specific RNA binding protein to transport and translation of multiple mRNA cargos underlying axonal outgrowth in vitro and in vivo. Considering the complex population of proteins that is synthesized in axons, we suspect that axonally synthesized proteins play a role in the function of mature axons and contribute to activity-dependent processes.

We are now focusing our efforts on understanding how axonal transport and local protein synthesis contribute to activity-dependent alterations in sensory neuron pathophysiology. Our central hypothesis is that axonal mRNA transport and local protein synthesis in sensory axons is altered by activity and that this mechanism can modify the capacity for neurotransmission. We are focusing on changes in the axonal localization and availability of mRNAs encoding ion channel proteins and neuropeptides that have been implicated in chronic pain, with a particular emphasis on the signaling mechanisms and RNA binding proteins that drive axonal localization.