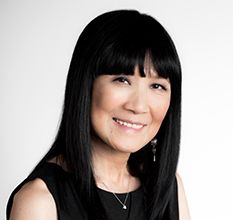 CELL CYCLE CONTROL OF B CELL IMMUNITY and CANCER

Cell cycle control and apoptosis are two major determinants of homeostasis in physiologic response and cancer. Our goal is to combine genetic, molecular and biochemical approaches to defining the mechanism that underlies cell cycle control of B cell immunity and tumorigenesis. Specifically, we want to understand how the cell cycle integrates antigen and cytokine signals to control B cell activation, expansion, and terminal differentiation to non-cycling, antibody-secreting plasma cells; and how the cell cycle is coupled to apoptotic control in B cell immunity. In parallel, we want to determine how the loss of cell cycle checkpoints contributes to the development of multiple myeloma, an incurable cancer of plasma cells, in order to facilitate rational design of therapeutic intervention. Cell cycle control of B cell activation and terminal differentiation. The mammalian cell cycle is regulated mainly at the G1 to S phase transition by the balance between positive and negative cell cycle regulators. Through gene targeting and analysis of the antibody response, we have identified p18INK4c, a G1 cyclin-dependent kinase (CDK) inhibitor, to be specifically required for the generation of antibody-secreting plasma cells, and for the survival of plasma cell precursors. This was the first demonstration of cell cycle control of B cell immunity. We are now investigating the mechanisms by which the cell cycle is coupled to apoptosis and cellular differentiation, and regulates germinal center formation and memory B cell generation. Regulation of the cell cycle by antigen and cytokine signaling. The timing and magnitude of an antibody response is tightly modulated by antigen and cytokines, in particular BLyS, CD40 ligand, IL-4 and IL-6. We are now studying these signaling pathways that lead to cell cycle control of B cell activation and terminal differentiation. Cell cycle dysregulation in multiple myeloma. Loss of cell cycle control contributes to monoclonal expansion of malignant plasma cells and their accumulation in the bone marrow. In collaboration with clinical scientists in the Tri-Institutional Specialized Center of Research (SCOR) for Multiple Myeloma, we are identifying the cell cycle checkpoints that are lost in primary multiple myeloma cells, and the molecular interactions between myeloma cells and bone marrow stroma, and the self-renewing myeloma stem cells that are critical for disease progression.