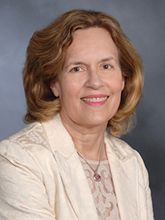 1) Retinoids, which include both natural and synthetic derivatives of vitamin A (retinol), control many aspects of normal cell differentiation and influence the process of carcinogenesis. Retinoids also have profound effects on amphibian limb regeneration. Retinoids are used clinically in the treatment of a number of diseases, including cancer and skin conditions such as acne and psoriasis. The responses of many cell types to retinoid treatment are mediated initially by intracellular retinoid receptors and involve changes in cell proliferation and cell differentiation. The Gudas laboratory is studying how retinoids elicit these dramatic changes in cells through the identification and analysis of the genes that are regulated by retinoids. These genes include Rex1 (Zfp42), a stem cell marker and transcription factor which is transcriptionally repressed by retinoids, and homeobox genes, which encode transcription factors important in embryonic stem cell differentiation. We have identified retinoic acid responsive "enhancers," or DNA control regions, 3' of homeobox genes called Hoxa-1 and Hoxb-1. We have shown that these enhancers activate transcription of these Hox genes in response to retinoic acid both in cultured cells and in transgenic mice. Embryonic stem cells and some cancer stem cells differentiate in response to retinoids, and we are analyzing how this differentiation response is controlled. Such studies include analyses of the epigenetic changes in chromatin that occur during differentiation in response to retinoids.

2) A MURINE MODEL OF HUMAN HEAD AND NECK AND ESOPHAGEAL SQUAMOUS CELL CARCINOMAS (SCCs). Oral-cavity squamous-cell carcinoma is one of the most common human cancers in the world. About 60 to 70% of oral-cavity carcinoma cases are diagnosed only after the tumors have become locally advanced. Therefore, in addition to treatment, prevention of oral cancer is a very important goal. We previously induced oral-cavity and esophageal SCCs that mimic human oral and esophageal tumors in terms of their morphological, histopathological, and molecular characteristics in mice by adding the carcinogen 4-nitroquinoline 1-oxide (4-NQO) to the drinking water. We also showed that 4-NQO has profound effects on the stem-cell population in the oral cavity. Therefore, this murine 4-NQO model is an excellent one for the evaluation of potential cancer preventive and therapeutic approaches. Bexarotene, a synthetic, pan-retinoid X receptor (RXR) agonist, has shown efficacy in the treatment of human T-cell lymphoma and lung cancer and is well tolerated by patients. RAR gamma (Nr1b3) has also shown tumor-growth suppression in mouse epidermal keratinocytes. We examined the cancer preventive effects of bexarotene, CD1530 (a synthetic, specific RAR gamma agonist), and the combination of both drugs on oral-cavity carcinogenesis using this mouse model. We observed decreased numbers of neoplastic tongue lesions and reduced lesion severity in the 4-NQO plus CD1530 (4N+C) and 4-NQO plus bexarotene plus CD1530 (4N+B+C) groups compared with the 4-NQO group. RNA-Seq analyses showed increases in transcripts in cell proliferation/cell cycle progression pathways in the 4-NQO vs. the untreated group. This research was recently published in PNAS.

3) A MURINE MODEL OF HUMAN CLEAR CELL RENAL CELL CARCINOMA. Clear cell renal cell carcinoma (ccRCC) is the most common kidney cancer, representing more than 80% of all diagnoses. ccRCC is a disease of altered cell metabolism. Thus, targeting metabolic abnormalities in ccRCC may provide novel opportunities for developing more effective treatments. We previously demonstrated that expression of a constitutively active HIF1 alpha mutant protein exclusively in kidney proximal tubule cells is sufficient to drive a program of early tumorigenesis in a murine model of ccRCC called the TRACK (TRAnsgenic model of Cancer of the Kidney) model. TRACK mice exhibit increased expression of HIF1 alpha target genes that are associated with a shift in metabolism from mitochondrial oxidative phosphorylation to increased aerobic glycolysis and lactate production, similar to what is observed in human ccRCC. We found that NDUFA4L2 mRNA and protein are highly expressed in ccRCC samples but undetectable in normal kidney tissue samples, and that NDUFA4L2 mRNA expression correlates with tumor stage and lower overall survival. In addition, we demonstrated that NDUFA4L2 is an HIF1alpha target in ccRCC and that NDUFA4L2 knockdown has a profound anti-proliferative effect, alters metabolic pathways, and causes major stress in cultured RCC cells. This research, published in 2016 in Clinical Cancer Research, was performed in collaboration with Dr. David Nanus in the Dept. of Medicine at Weill Cornell and Dr. Nigel Mongan of the University of Nottingham.

4) THE DEVELOPMENT OF NEW DRUGS FOR TYPE 2 DIABETES AND FATTY LIVER DISEASE. To investigate the effects of specific retinoic acid receptor (RAR) agonists in diabetes and fatty liver disease synthetic agonists for RAR beta 2 were administered to wild-type (wt) mice in a model of high-fat-diet (HFD)-induced type 2 diabetes (T2D) and to ob/ob and db/db mice (genetic models of obesity-associated T2D). We show that administration of synthetic agonists for RAR beta 2 to either wt mice in a model of HFD-induced T2D or to ob/ob and db/db mice reduces hyperglycemia, peripheral insulin resistance, and body weight. Furthermore, RAR beta 2 agonists dramatically reduce steatosis, lipid peroxidation, and oxidative stress in the liver, pancreas and kidneys of obese, diabetic mice. RAR beta 2 agonists also lower levels of mRNAs involved in lipogenesis, such as sterol regulatory element-binding transcription factor 1 (SREBP1) and fatty acid synthase, and increase mRNAs that mediate mitochondrial fatty acid beta-oxidation, such as CPT1 alpha, in these organs. RAR beta 2 agonists lower triglyceride levels in these organs, and in muscle. Collectively, our data show that orally active, rapidly-acting, high-affinity pharmacological agonists for RAR beta 2 improve the diabetic phenotype while reducing lipid levels in key insulin target tissues. We suggest that RAR beta 2 agonists should be useful drugs for T2D therapy and for treatment of hepatic steatosis. This research was recently published in Diabetes, Obesity, and Metabolism.