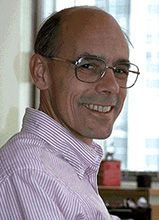 The kidney precisely controls the levels of electrolytes in the plasma. This function is vital, as the body requires a constant internal milieu to function properly. Our laboratory is interested in the cellular and molecular events involved in the transport of Na+ and K+ between blood and urine, and in the hormonal mechanisms underlying the regulation of these transport processes.

These studies have led us to two key transport proteins: Na+ and K+ selective ion channels in the apical membrane of the mammalian cortical collecting tubule. This is the segment of the nephron that is most sensitive to hormones and that oversees the fine control of plasma Na+ and K+. The channels control the reabsorption of Na+ from and the secretion of K+ into the urine. We have identified these transporters using the patch-clamp technique, which allows the study of single channel molecules in living cell membranes. With this approach we can study the properties of individual ion channels-channel density, conductance, and open probability-in the living cell membrane. We are investigating the influence of previous dietary and hormonal history on channel densities. In addition, we are investigating the acute regulation of the channels by membrane voltage, intracellular pH, and phosphorylation.

The molecular cloning the channels now enables us to study their regulation through transcriptional and post-transcriptional events. The most important of these appears to be the regulated movement of channel protein between cytoplasmic vesicles and the plasma membrane. A major current challenge is to understand how this trafficking occurs and how it is regulated by hormones.

We are also using site-directed mutagenesis to investigate the parts of the proteins which determine channel conductivity, ion selectivity and gating. Our long-term goals are to understand at the molecular level how ions move across epithelial cell membranes, and how this movement is regulated to suit the needs of the organism.