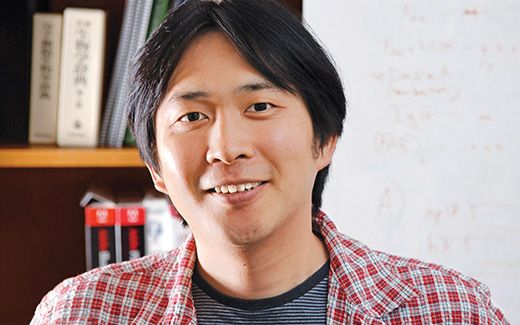 When a cell divides, a full set of chromosomes must be accurately transmitted to each daughter. Failure in this process leads to the wrong number of chromosomes in the resultant cells, leading to birth defects and contributing to tumor progression. For chromosomes to be properly segregated, they must be condensed and captured by dynamic microtubules that make up the bipolar spindle. Importantly, these events must be temporally and spatially controlled by a particular subset of microtubule- and chromatin-associated proteins. Chromosomes must be aligned at the equator of the bipolar spindle in metaphase before they are separated during anaphase.

The Xenopus egg extract system provides a unique experimental setup to study mitosis. While it recapitulates a number of in vivo events, such as DNA replication, spindle assembly and chromosome segregation, its in vitro nature allows a direct correlation between morphological events and its biochemical properties. To study the specific function of a protein, it can be immunodepleted, and either wild-type or mutant versions of it can be reintroduced to the extract. In addition, DNA can be added to the extract in the form of entire chromosomes or particular structures or sequences to investigate specific aspects of these cellular processes.

Our laboratory is interested in the mechanisms controlling the spatial and temporal control of mitosis; in particular, how the dynamic chromosome structure can create, maintain, and propagate the signals to control mitosis. We combine biochemical, cell biological and biophysical methods to approach these questions.

Chromatin-Induced Spindle Assembly
During mitosis, microtubules are extremely dynamic and unstable, but chromatin can locally promote microtubule and spindle assembly to ensure their segregation. We have shown that the chromosomal passenger complex (CPC), which contains the protein kinase Aurora B, is essential for these events. We are studying the mechanisms by which the CPC regulates the spatial control of spindle assembly.

Accurate Chromosome Segregation
Replicated sister chromatids must be segregated equally to daughter cells during cell division. We are studying how the CPC and other chromosome-binding proteins modulate microtubule-chromosome interactions to accomplish this task.

DNA Structure-Dependent Signaling
DNA structural changes must be quickly recognized by the cell, requiring specific DNA-protein interactions. We are studying how structural changes in DNA are recognized, and how this recognition generates a variety of downstream signals.

Identification of New Chromosome-Binding Proteins
We are systematically identifying proteins that associate with metaphase chromosomes using expression screening and mass spectrometry with the goal of gaining new insights into the control of chromatin-directed mitotic events.