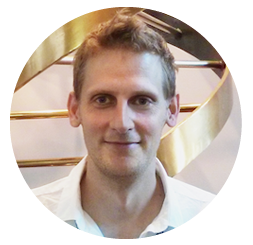 It is well established that the vast majority of mammalian genes can generate multiple isoforms. Yet, the majority of publications considers a "one-gene-one-protein" model, in which each gene's expression is represented by a single number. If we take the view that genes can talk - the "one-gene-one-number" approach is akin to judging each gene by how much it talks; not by what it is actually saying. We have made considerable progress (both on the informatic and experimental side) on the way to actually judging genes by what-they-say, yet important challenges still remain to be conquered.

All cells in a mammalian brain have (approximately) the same genome - yet they have unique ways of interpreting this genome by producing characteristic expression patterns of genes - and unique sets of RNA and protein isoforms. We aim at finding these characteristic isoforms of a variety of cell types and establish if and how they are linked to the cell's function.

Complex organs such as the brain change dramatically first during development and then again during the aging process - despite only relatively small changes in DNA sequence. We aim at using our unique set of technological insights to understand how isoform usage is affected, both during development and aging - and at distinguishing causes from consequences.

Both developmental and neurodegenerative diseases have devastating consequences for the affected individuals. Yet a true isoform view of these diseases is lacking in almost all cases and may advance our understanding of the molecular causes for disease