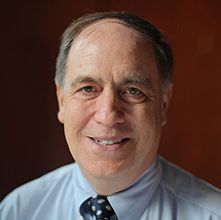 Gary Koretzky, MD, PhD is Professor of Medicine at Weill Cornell Graduate School.  Previously, he was the Francis C. Wood Professor of Medicine, Vice Chair and Chief Scientific Office of the Department of Medicine, Investigator and Director of the Signal Transduction Program of the Abramson Family Cancer Research Institute at the University of Pennsylvania.

Koretzky’s research aims to better understand the signal transduction events that occur following engagement of the T cell antigen receptor.  He has been continuously funded by the National Institutes of Health since establishing his independent research group, as the laboratory has expanded its interests to study more globally the molecular events important for immune cell development, differentiation and function.  Initial studies focused on the CD45 tyrosine phosphatase as a positive regulator of immunoreceptor signaling.  This work led naturally to an examination of the key biochemical events that occur following receptor engagement.  The Koretzky lab approach was to identify novel regulators of signal transduction following T cell receptor ligation with studies leading to the isolation, characterization, and molecular cloning of several adapter molecules, which are critical for integration of signaling pathways.  The laboratory has identified 3 such molecules including SH2 domain-containing leukocyte protein of 76 kDa (SLP-76), adhesion and degranulation-promoting adapter protein (ADAP) and promyelocytic leukemia RARa-regulated adapter molecule-1 (PRAM-1).  There are ongoing projects studying the role of each of these molecules not only in T cells but also in other hematopoietic cells.  In addition to studies of these positive regulators of immune signaling, the Koretzky laboratory has also had a long standing interest in signals that interfere with activation events in T cells.  This interest led to studies of FAS and FAS ligand and to the role of diacylglycerol kinases as terminators of lymphocyte activation.