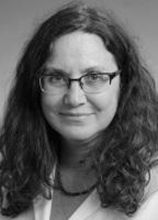 Our laboratory is involved in studying the process of viral oncogenesis in human cancer. We are interested in the molecular characterization of immunodeficiency-associated non-Hodgkin's lymphomas, including those associated with AIDS, as well as those presenting in solid organ transplant recipients, many of which are associated with infection by Epstein-Barr virus (EBV; also called human herpesvirus 4). Much of our research focuses on the characterization of the Kaposi's sarcoma herpesvirus (KSHV), also called human herpesvirus 8 (HHV8), especially as it relates to cellular transformation and oncogenesis. Our laboratory was involved in the recent identification of this infectious agent which is etiologically linked to Kaposi's sarcoma, the most common malignancy in patients with AIDS. We have also identified its consistent presence in a rare subset of non-Hodgkin's lymphomas called primary effusion (or body cavity-based) lymphomas. These lymphomas have been used by us and others to establish cell lines, which are still the only efficient system to grow and produce KSHV in vitro, and represent the most widely used substrate for serologic analysis for assessment of KSHV infection. Characterization of this virus is a developing area still at its early stages and with many aspects to be explored. This virus contains homologs to more than ten cellular genes involved in cellular proliferation, differentiation, inflammation and/or survival, including IL-6, cyclin D, MIP-like chemokines, a chemokine receptor, BCL-2, FLIP, and four IRFs. Our ongoing research involves several aspects of the two oncogenic human herpesviruses, EBV and KSHV, including analysis of virally encoded proteins and their role in subversion of cellular signal transduction pathways, development of & xenograft and transgenic murine models, and searching for inhibitors of oncogenic proteins. Our ultimate goal is to understand the role of EBV and KSHV in the development of cancer, in order to find novel targetted therapies.