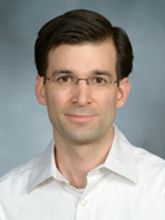 A function of many neural systems is to accumulate information over time and remember the summed value as a pattern of neural activity. This process can often be described mathematically as temporal integration. Integration appears to play a key role in many sensori-motor transformations, short-term memory behaviors, and decision making problems. The aims of this laboratory are to 1) determine the molecular, cellular, and circuit properties that enable integration, and 2) determine how these properties are modified to improve integration.

The neural system studied by the lab is the integrator for control of eye position. Neurons essential for function, located either in the brainstem or cerebellum, are examined in vivo during normal behavior. The experimental preparation used is the developing zebrafish, allowing a combination of optical, genetic, and electrophysiological tools. Some examples of methods brought to bear are:

Collaborations with theoretical groups then use results to develop mathematical models of integration and its plasticity. The approach outlined permits investigation of detailed biophysical mechanisms in the context of a computationally well-defined behavior.