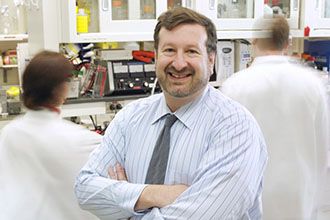 The overall goals of this laboratory are to develop novel targeted immunotherapies based on effectors of the immune system and to understand their mechanisms of action as well as the mechanisms of resistance to them. This includes antibodies, targeted nano-devices, and active specific agents such vaccines. An important goal is to take these new therapies into human clinical trials for testing. We developed a molecular nanogenerator that releases alpha particles inside cancer cells, now being tested in humans. Read full article in Science (Science, 2001) and a WT1 vaccine, also in national trials (Blood, 2010.)