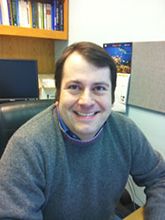 Work in my lab is aimed at uncovering the molecular and structural underpinnings regulating the movement of charged ions across cellular membranes. This process results in the electrical currents underlying scores of fundamental physiological processes such as the neuronal action potential, muscle contraction, insulin secretion and signal transduction. Two classes of membrane proteins mediate transmembrane ion movement through thermodynamically opposing mechanisms: the transporter use chemical energy to create ionic gradients while the ion channels dissipate the gradients by allowing ion diffusion. Mutations in both kinds of proteins lead to the creation of structures whose functional consequences underlie a variety of genetically inherited disorders.

To investigate these areas my laboratory uses a combination of techniques, ranging from X-ray crystallography, to single channel and macroscopic current electrophysiology, calorimetry, reconstitution into synthetic lipid bilayers and other biochemical assays.

Our work focuses on the CLC (Chloride Channels) protein family whose members are central to the proper function of several physiological processes, a role highlighted by the five human diseases associated to the production of defective CLC proteins. One of these diseases is Bartter’s syndrome, which comprises a collection of recessive renal disorders characterized by salt wasting, low blood pressure and hypercalciuria with a risk of renal stones –all consequences of reduced salt reuptake by the thick ascending limb of Henle. In renal cells, the basolateral Cl- channel complex is formed by an association between the CLC-Kb channel and Barttin (a regulatory β-subunit), and mutations in either lead to Bartter’s syndrome. We are currently investigating how these two proteins associate, and how this is disrupted in the disease.

Not only the CLCs play key roles in human physiology, but they have been a veritable treasure trove of unexpected biophysical and structural properties. To our surprise we have recently discovered that not all the CLCs are chloride selective ion channels, as it had been believed for about 30 years, but rather the family is deeply divided in half: some members are bona-fide ion channels, while others are active transporters! With the CLCs sitting at the evolutionary cusp bridging active and passive transport proteins we can probe the ever-thinning barrier between these two protein classes to unprecedented detail. Both CLCs sub-classes share a single structural organization, punctuated by highly conserved sequences and, yet, have opposite thermodynamic functions. How is that possible? Can we identify the essential differences that could allow transfer of function from one group to the other?