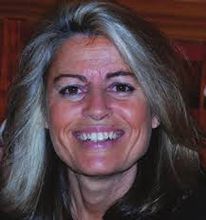 Effective immune responses require the appropriate activation and differentiation of peripheral CD4+ T cells. These processes need to be followed by the timely elimination of the responding T cells in order to restore T cell homeostasis. Defects in the appropriate regulation of T cell activation, expansion, and survival underlie the pathogenesis of many autoimmune disorders including Systemic Lupus Erythematosus (SLE) and Rheumatoid Arthritis (RA). The molecular machinery employed by T cells to properly control these processes and prevent the onset of autoimmunity has not been fully elucidated.

Our laboratory has had a longstanding interest in understanding the molecular mechanisms employed by lymphocytes to accurately respond to the signals that guide them along specific pathways. Our initial work focused on IRF4, a transcription factor that is highly expressed in the immune system. Absence of IRF4 leads to profound defects in the function and homeostasis of mature T and B cells. Our early studies demonstrated that IRF4 is upregulated in response to lymphocyte activation and that it controls crucial processes like cytokine production and apoptosis supporting the idea that IRF4 plays a central role in lymphocyte biology. This notion has been further corroborated by recent studies by our group as well as others, which have demonstrated that IRF4 is a critical regulator of TH-17 differentiation and that it is absolutely required for the production of IL-17 and IL-21, two cytokines that have recently been implicated in the pathogenesis of multiple autoimmune disorders including SLE and RA.

During studies aimed at isolating proteins interacting with IRF4, we cloned a novel protein that we termed IBP (IRF4 Binding Protein). The current official name of the gene is Def6, a terminology that we have now adopted. Def6 exhibits significant homology to only one other protein, SWAP-70, a novel activator of Rho GTPases. Rho GTPases (which include Rac, Cdc42, and RhoA) are molecular switches that regulate both cytoskeletal dynamics and cell signaling. We have previously shown that, upon TCR engagement, Def6 is recruited to the immunological synapse and activates Rac and Cdc42. Def6 is also present in the nucleus where it interacts with IRF4. Def6 exerts an important immunoregulatory role in vivo as demonstrated by the finding that Def6-deficient mice can spontaneously develop either a lupus-like syndrome or, when crossed with mice carrying a specific TCR transgene, RA-like arthritis and vasculitis. The pathophysiology observed in the absence of Def6 is accompanied by three major abnormalities within the peripheral CD4+ T cell compartment: hyperresponsiveness to low-levels of stimulation, inappropriate acquisition of TH effector functions marked by deregulated production of IL-17 and IL-21, and impaired elimination of activated CD4+ T cells. At a molecular level, Def6-deficient T cells exhibit defective Rac activation as well as enhanced binding of IRF4 to the IL-17 and IL-21 promoters. Interestingly, we have recently found that Def6 employs a dual mechanism to control the function of IRF4. It physically sequesters IRF4 and it also prevents IRF4 phosphorylation by the serine-threonine kinase, ROCK2. Taken all together, these findings have led us to propose that Def6 is a novel regulator of T cell activation and homeostasis that is critical for the prevention of autoimmune pathophysiology.

We are presently studying the function of Def6 to gain a mechanistic understanding of the signaling pathways that control both physiologic and pathologic T cell responses. The long-term goals of the laboratory are to employ both murine models and translational approaches to further delineate the molecular networks responsible for lymphocyte dysfunction in autoimmune diseases. A detailed understanding of these mechanisms will enable us to gain a better understanding of the pathogenesis of autoimmune diseases like SLE and RA and provide important information for the development of novel therapeutic regimens for the treatment of SLE and RA.