The scope of the DNA changes that drive cancers has been illuminated as never before in a set of studies by a large international scientific team including Weill Cornell Medicine researchers.

In six studies published Feb. 5 in Nature, and 18 papers in other Nature-affiliated journals, this scientific consortium reported the results from analyses of DNA from more than 2,600 biopsied tumor samples across 38 different types of cancer. Unlike traditional cancer genetics projects that search for cancer-driving mutations only within protein-coding genes, the new project was a “whole genome” approach designed to find drivers of cancer even outside protein-coding genes, in the regulatory regions that make up proportionately much more of human DNA.

“This is the largest-ever whole-genome cancer dataset, and should enable a more comprehensive understanding of how cancers arise and how they can be monitored and treated more effectively,” said Dr. Ekta Khurana, an assistant professor of physiology and biophysics and of computational genomics in computational biomedicine in the HRH Prince Alwaleed Bin Talal Bin Abdulaziz Alsaud Institute for Computational Biomedicine at Weill Cornell Medicine, who led one of the consortium’s 16 working groups. 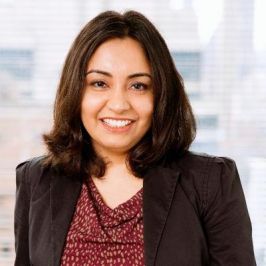 Despite many advances in understanding and treating cancer in recent decades, this complex set of diseases kills about 10 million people around the world annually.

Cancers originate when DNA changes within a cell remove the normal constraints on the cell’s growth, allowing the cell to keep dividing regardless of the harm done to the wider organism. Clusters of these faster-growing cells form tumors and over time may acquire new mutations that enable the tumor to keep growing despite the body’s defenses. Tumors can accumulate mutations that delete the brakes on cell division, turbo-charge cell metabolism, thwart local immune defenses, destabilize chromosomes to make new mutations more likely, and enable the cell to spread to new organs. Much of modern cancer research requires an accurate cataloging of these mutations to understand how they drive malignancy and to develop anticancer drugs that reverse or block their effects.

The scientific consortium that conducted the new studies is an international team of more than 1,300 researchers—the Pan-Cancer Analysis of Whole Genomes (PCAWG) Consortium. To generate the raw data on which the studies were based, the scientists performed whole-genome DNA-sequencing of 2,658 tumors across 38 cancer types and, for comparison, also sequenced non-cancerous cells from the same patients.

The scientists determined that the average cancer in these cases had accumulated four to five “driver mutations” that were primarily responsible for the malignancy. Most of these driver mutations were found in genes that code for proteins, the molecular workhorses of cells. The researchers also found dozens of cancer-driving mutations outside protein-coding DNA, in known or likely regulatory regions that help modulate the activity of protein-coding genes. The set of these “non-coding” mutations found most frequently in the tumor samples were those that induce abnormally high production of the enzyme telomerase that keeps cells from entering a no-growth state called senescence in which they shut down cell division.

Although non-coding regions comprise 99 percent of the genome, compared to about 1 percent for protein-coding regions, the researchers found relatively few cancer-driving mutations in the former. In about one in every 20 of the cancers tested, the scientists were unable to find any driver mutation at all. According to Dr. Khurana, who led the group that linked mutations detected in the cancer samples to non-coding regulatory regions that had been mapped in prior studies, “This suggests that many cancer drivers remain undiscovered. Although this was the largest whole-genome effort to date for primary cancers, even larger studies will be needed to give us the statistical power required to find all the major drivers in non-coding, regulatory regions of the genome.” Dr. Khurana, who is also a member of the Sandra and Edward Meyer Cancer Center at Weill Cornell Medicine, and her team also developed one of the key computational methods used in the studies to find true cancer driving mutations.

In other studies in the project, consortium scientists showed that they could not only detect mutations in cancers but also infer the processes that caused them and the order in which major driver mutations occurred—essentially revealing the evolution of the malignancy.

The analyses and raw data from the project will now become a widely used resource for cancer researchers, in principle helping them to better understand how cancers originate; to detect cancers earlier; to better predict cancer outcomes and monitor responses to treatment; and of course to develop more effective treatments.