Antibody protection against harmful forms of fungi in the gut may be disrupted in some patients with Crohn’s disease—a condition caused by chronic inflammation in the bowel—according to a new study by Weill Cornell Medicine investigators.

Previous studies have shown that the immune system plays a key role in maintaining a healthy balance of gut bacteria. In the new study, published Nov. 22 in Nature Microbiology, senior author Dr. Iliyan Iliev, associate professor of immunology in medicine in the Division of Gastroenterology and Hepatology, and his team at Weill Cornell Medicine investigated if it might also play a role in managing gut fungi. Unlike bacteria, fungi can change their shape in response to environmental conditions, and certain forms are harmful to humans. In particular, a type of fungus called Candida albicans transforms from a yeast form that is not pathogenic to a form that produces long, branched structures called hyphae, which can invade tissues and cause damage. 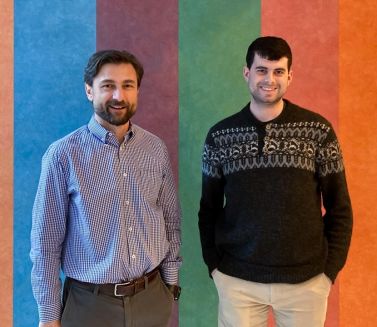 The investigators found that antibodies that are secreted in the gut help control the pathogenesis of Candida albicans in healthy individuals and that this protective mechanism may be disabled in people with Crohn’s disease, causing a harmful overgrowth of the pathogenic form of the fungus. An intestinal overabundance of Candida albicans is associated with inflammatory bowel disease and several other conditions that directly or indirectly affect the gastrointestinal tract.

“We found that antibodies secreted in the gut are involved in maintaining specific intestinal fungi such as C. albicans in its benign, so-called commensal form,” said Dr. Iliev, who is also a scientist in the Jill Roberts Institute for Research in Inflammatory Bowel Disease at Weill Cornell Medicine. “This process is interrupted in patients with Crohn’s disease.”

“Those antibodies are preferentially binding to hyphae,” said Itai Doron, a doctoral candidate in the laboratory. Specifically, they bind to sites on the hyphae that produce molecules used by these fungi to harm host tissues. The antibodies, however, don’t bind preferentially to the non-harmful form of the yeast. This suggests that antibodies may help the body maintain a healthy balance of gut fungi by preventing harmful forms of the fungi from taking over.

The investigators also found that patients with Crohn’s disease who develop severe inflammation in their colon and small intestine have high levels of anti-fungal antibodies in their blood compared with healthy adults. But those antibodies don’t appear to be secreted at high levels into the gut to counteract C. albicans hyphae. Samples from the colons of these patients reveal an overabundance of the fungi with hyphae.

“An impairment in this mechanism of control in mice and in patients with Crohn’s disease might be a contributing factor to the increased hyphal growth in the gut,” Dr. Iliev said.

When the investigators added the anti-fungal antibodies to human cells grown in culture with C. albicans the fungi produced less hyphae.

“It seems that these antifungal antibodies “disarm” hyphae to a degree,” Doron said.

The results suggest that exploring anti-fungal antibodies therapeutically might be a way to help patients who develop an overgrowth of C. albicans. Dr. Iliev noted that not all patients with this inflammatory bowel disease have this type of fungal overgrowth, but it may be an important contributor to disease in a subset of patients.

“The community of fungi in the gut, specifically C. albicans, is shaping our immunity,” Dr. Iliev said. “We develop these antibodies, and it seems they have a protective role in a specific context.”