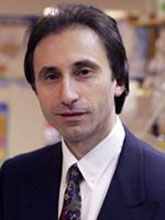 Currently, Rafii's work is focused on identifying the molecular and cellular pathways involved in organ regeneration and tumor growth. He has established the concept that vascular endothelial cells are not just inert plumbing to deliver oxygen and nutrients, but also by production of tissue-specific growth factors, defined as angiocrine factors, support organ regeneration and tumor proliferation. He has shown that bone marrow endothelial cells by elaboration of angiocrine factors, such as Notch ligands, support stem cell self-renewal and differentiation into lymphoid and myeloid progenitors. He has recently demonstrated that liver and lung endothelial cells are endowed with unique phenotypic and functional attributes and by production of unique instructive growth factors contribute to the hepatic and alveolar regeneration.

He employed this knowledge to induce differentiation of the murine and human pluripotent embryonic stem cells into functional and engraftable vascular and hematopoietic derivatives. He developed screening approaches to exploit endothelial cells as a vascular niche platform to identify as yet unrecognized novel angiocrine factors that instruct tumor proliferation as well as orchestrating stem cell self-renewal and differentiation. As such, studies of c-ets-1, Fos, Foxo and Nrf2 dependent signaling and gene regulation in oxidative stress response and stem cell regulation on signaling pathways that control differentiation and de-differentiation of stem cells in vitro and in vivo models, and the role of matrix metallo proteases in developmentally controlled lung generation as well as pathological cell movements and tissue invasiveness. He is developing pre-clinical and clinical models to interrogate the potential of organ-specific endothelial cells in repairing injured organs or to target tumor vasculature.