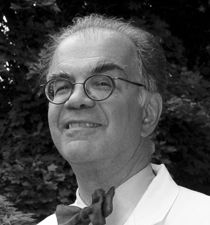 Clinical research in stroke recovery has demonstrated that many stroke survivors can relearn skills that are lost when part of the brain is damaged. Rehabilitation efforts focus on teaching new ways of performing tasks to circumvent or compensate for residual disabilities. This approach leaves aside training for the affected limbs. Now, robotic devices can be used to re-train weakened upper limbs. This novel technology moves a patient’s paralyzed or paretic limb and senses when a patient is moving so that it can get out of the way and let the patient execute the movement. Interactive robot training has progressed so that a patient’s movement behaviors can be shaped and guided. These training techniques have demonstrated significant advantages in movement outcomes when compared to standard techniques. These robotic tools are used by therapists to focus training on an impaired limb, deliver reproducible, high-intensity training that will deliver the “just-right” amount of challenge to maintain motivation and attention.

The robots also provide a series of objective measures of movement behavior outcome. Recent tests that use robot measured kinematics have captured motor outcome as well as standard clinical scales and when suitably scaled and combined by an artificial neural network, the robotic measures demonstrated greater sensitivity in measuring the recovery of patients. If robotic measures were biomarkers in a stroke treatment or recovery study this improved sensitivity would decrease the required sample size.

The lab uses four different robotic devices in several different training protocols and training programs: a wrist device, shoulder-elbow device, a hand device, and an anti-gravity shoulder device. There is a fifth device in early development stage that interacts with the patients weakened leg by moving the foot and ankle. We are gaining experience with this device to test new approaches to improving gait after stroke.

The lab is also testing whether robotic training can be complemented and enhanced by transcranial direct current stimulation (tDCS), and eventually by repetitive trans-cranial magnetic stimulation (rTMS).

The lab has identified neurotoxic events that follow innate and adaptive immunological stress in animal experiments that mimic aspects of human disease. For example, after severe sepsis in the clinic, the predominant morbidity in survivors is characterized by neurological deficits. The lab has demonstrated that after severe sepsis in mice, the ultra-structural analysis of dendritic arbors and spine density of neurons in the hippocampus is altered. Animals with this structural alteration have impaired memory performance, and altered hippocampal electrophysiology. The structural changes after sepsis in mice evolve over days and weeks and so investigation into the neurotoxic mechanism may reveal new therapeutic opportunities.

In autoimmune diseases like systemic lupus erythematosus (SLE), there are B cells that make antibodies not only to DNA but also to the NMDA receptor. The lab has demonstrated in animal experiments that this abnormal adaptive response leads to neuron death and an altered phenotype. The neuropathological details of neuron dysfunction and damage in animal experiments will aid in understanding a mechanism for the neurological impairments in the patients with SLE in the clinic, and may lead to new treatments.