The body is full of trillions of bacteria, viruses and fungi that are collectively known as the microbiome. The bulk of these microbes live in our intestines where they are referred to as the gut microbiome. Itai Doron, a graduate student working in the lab of Dr. Iliyan Iliev, Associate Professor of Microbiology and Immunology in Medicine at WCM, studies the interaction between commensal fungi and our immune cells at mucosal surfaces in the body. He recently discovered that gut commensal fungi play a role in shaping the human antibody repertoire through CX3CR1+ macrophage-dependent induction of host-protective antifungal IgG. This is particularly notable because he demonstrated in a recent publication that antibodies induced by gut colonization confer protection against Candida auris, an emerging fungal pathogen that is resistant to multiple antifungal drugs in mice. In summary, this body of work highlights the exciting therapeutic potential of intestinal fungi, which is significant given the absence of clinically available antifungal vaccines or fungal therapies. 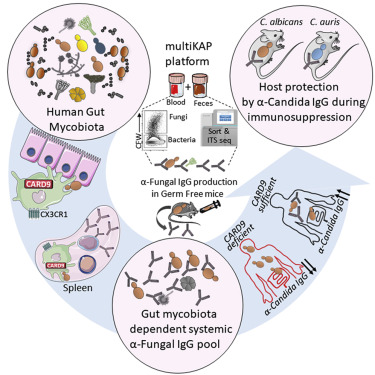 This graphical abstract describes the methods used to prove that CARD9+CX3CR1+ phagocytes mediate αF-IgG that is decreased in CARD9-deficient patients.

A growing body of evidence suggests that gut microbiota offer a native reservoir of epitopes that shape the repertoire of circulating IgG in the blood, despite the physical separation between the intestinal lumen and the bloodstream. This surprising finding, which is usually reported in the presence of bacteria, first inspired Itai and his team to investigate this topic further. Given the Iliev lab’s interest in the mechanisms by which commensal intestinal fungi impact host immunity and inflammatory disease, the team utilized sensitive detection techniques to profile anti-fungal antibody responses. In doing so, they discovered that healthy controls in these studies also carried anti-fungal antibodies, albeit at lower titers. Because there was no actual evidence for fungal infections in these healthy individuals, they began asking why these antibodies develop and how they function.

This work was published in the February 18, 2021 edition of Cell and is entitled Human gut mycobiota tune immunity via CARD9-dependent induction of anti-fungal IgG antibodies. To read more about the project, please click here.

In the future, Itai plans to explore how commensal fungi induce other antifungal antibody isotypes, mainly IgA and IgM. Their role in antifungal immunity and intestinal homeostasis in general remains a mystery. Additionally, he has interest in studying the role these antibodies play when exposed to intestinal inflammation. The latter study presents an intriguing challenge in the field because studies have demonstrated variable contributions of antibody-mediated immunity to the microbiota in the inflamed gut. 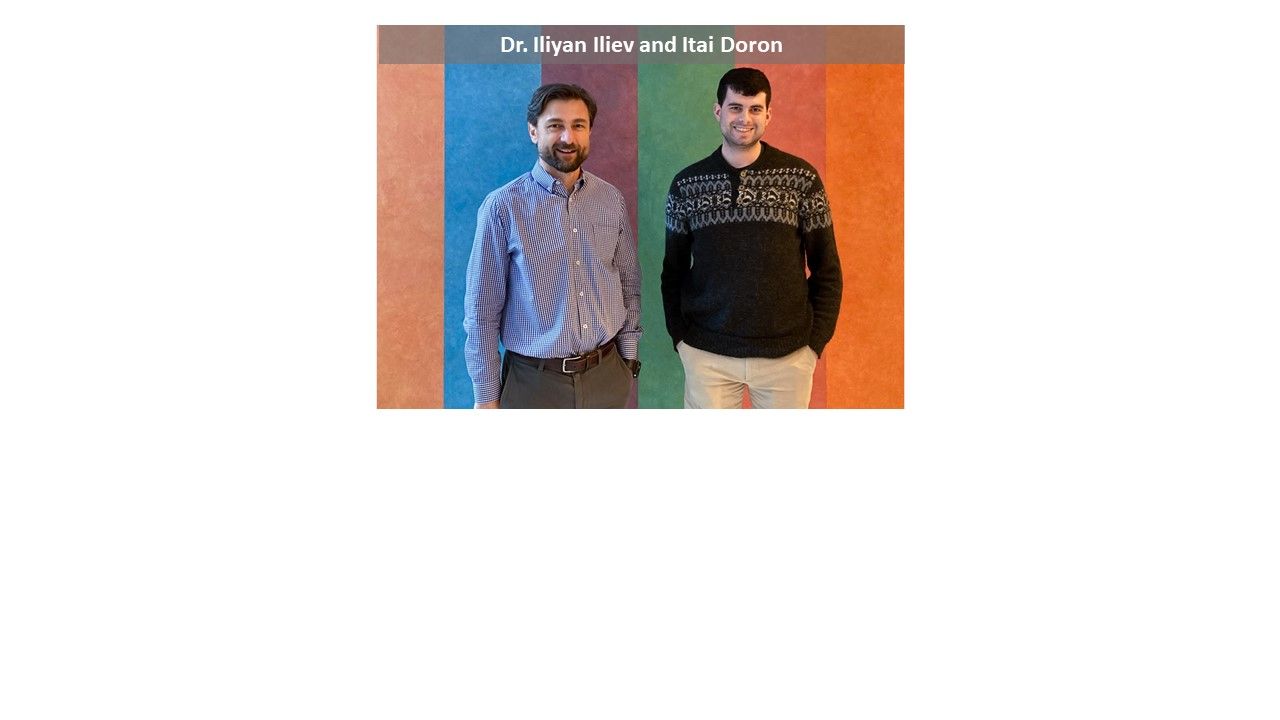